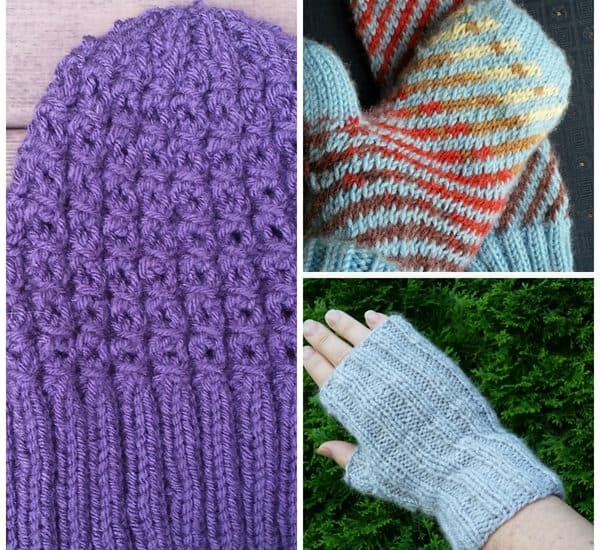 I can not begin to tell you how much I have learned in the last 10 months about business in general, craft businesses, marketing and promotion! Sometimes my head is swimming with all that I’ve learned – and how much I realize I still could learn. One of my business guru “idols” is Tara Swiger. Someday I hope to sign up for her Starship or Lift Off programs but for now I’m just soaking up all the free advice she offers (she’s very generous!).

One thing Tara advocates is to make sure you celebrate your successes. So I’m going to do a little of that today.

As of right now, I have 18 designs in my Ravelry shop. Thirteen of those were released this only year – starting on May 31st!

The same day I released my first set of patterns for the year, I also opened an Etsy shop, although I still need to add more product.

Shortly afterwards, I started a Ravelry group to run knit-a-longs / crochet-a-longs, manage tests of my future patterns and offer giveaways. 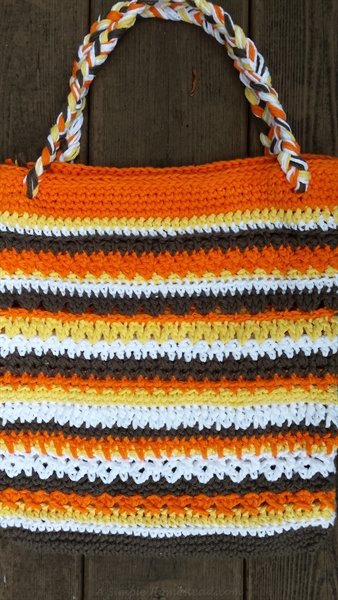 I’m currently running a crochet-a-long (CAL) in the group for the “Mystery Sampler 20 Bag“. I think this is my favorite crochet pattern; second only to the knit Trinity Cabled pillows released earlier.
p.s. There’s still time to enter the CAL if you wish. It ends on Sept 30th. I know it’s geared towards one row / round per day, but I managed to finish the “chocolate candy corn” version above in less than a week; even with my limited crafting time!

Last week I hit a major #bizwin. FOUR SALES – in one day! The bad news is that I’m not sure what spurred such a rush on my patterns so I can try and repeat it, but I am grateful for the encouragement it gave me 🙂 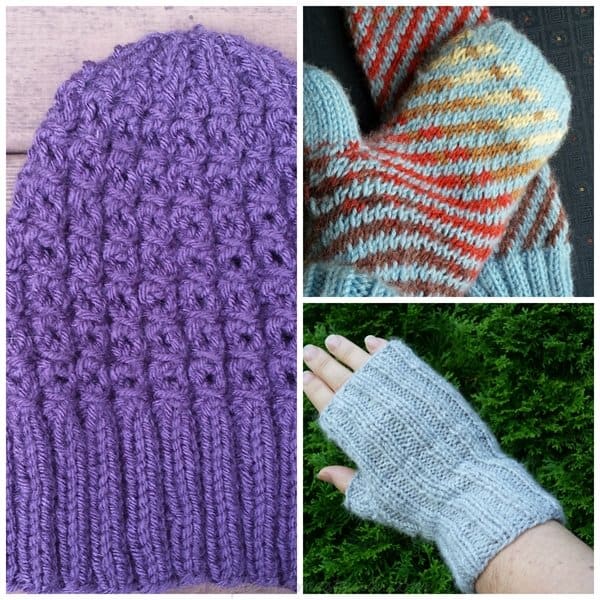 There are four active tests running concurrently in the group right now – three of which still have open signups, if you are interested (it’s a great way to get a free pattern!)

I’ve been able to publish one pattern a week, every week since late July.   Sadly, that’s coming to an end as I have nothing in place to publish next Monday.  However, even if I can manage 2-3 patterns a month that’s still significant and progress towards a “full shop” (whatever that means).

This summer I set an extremely aggressive schedule to get several of the older patterns ready and published.  As time has approached September my self-imposed deadlines became harder to complete, to the point where I was starting to feel stressed and overwhelmed.  I didn’t want to risk losing quality for the sake of quantity, so I’ve since revised that schedule (hence no more pattern-per-week releases). To my surprise, I have been suddenly FLOODED with new design ideas.  Just in the last week I’ve started 8 new pages in my project notebook! My notebook travels with me everywhere and it’s a way to capture my thoughts and ideas. Not all of them will become finished designs, but it’s best to write these things down when inspiration strikes.

That also means I’ve been hit with cast-on-itis (is it called chain-itis if you start a crochet project? maybe just new-project-itis) 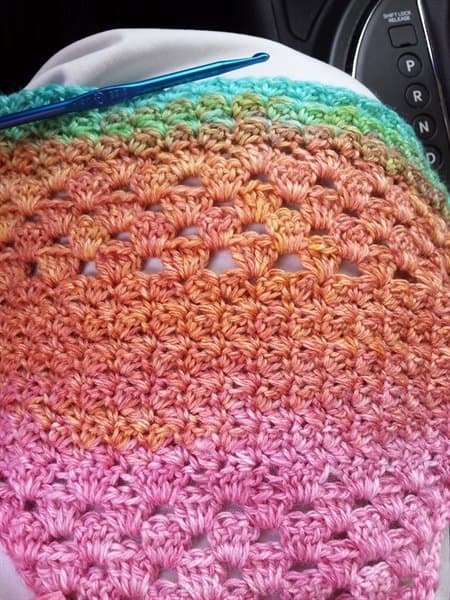 I had an idea for a knit shawl design but then got a bug to make a similar one in crochet – using a gradient yarn! The working name is “Heaven and Earth” because I think it looks like the tail end of a sunset with the bright colors at the bottom. The yarn is called Ballerina from KnitCircus Yarns, a Madison WI based company. I should have sprung for a larger sized cake as the 380 yards didn’t seem like it was going to be enough.  I chose some rather dense crochet stitches and I don’t think it will block much bigger than it currently is. That was why I picked up the dark blue yarn at Wisconsin Sheep & Wool Festival last weekend. I’m currently adding it to the top of the shawl for a twilight look. 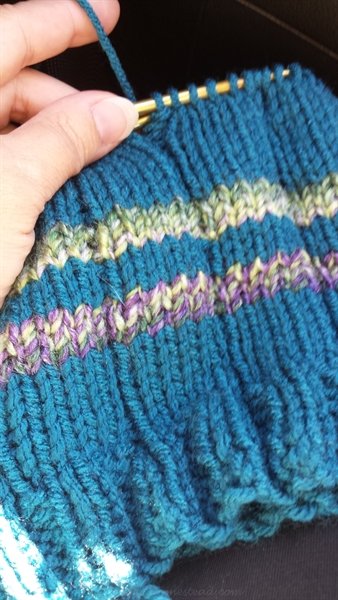 I’m also on a hat kick again. I started this Tre-Seks (three-six in Norwegian) hat when I was revising my schedule.  I felt like I needed to make something quick and fun so as to not lose my knitting mojo. Also, it was a great way to use up a bit of my miscellaneous stash. I have a bag with several balls of leftover yarn – I grabbed two and started in.

Now, if you’re still with me … I’d like to know: do you want to hear more about my design process?  I’d be more than willing to share my struggles, the tips and tricks I’ve found and how things are going – in case it might help someone else who is on the design path or considering it.

One Reply to “Crafting #bizwins”