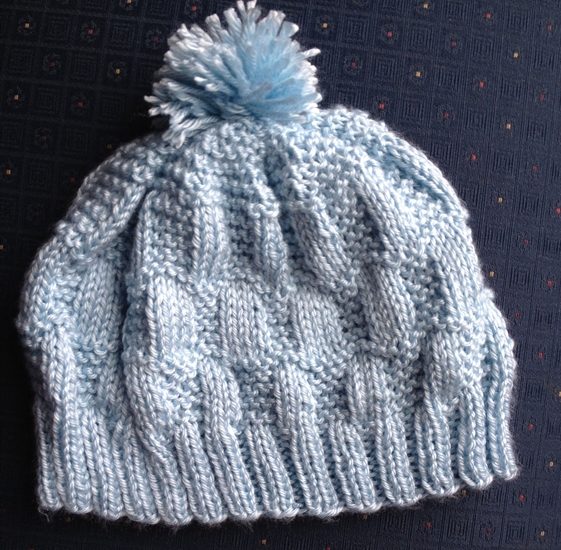 I’ve been on a February hat making binge! Part of the reason is because of a Hatathon I’m participating in. Ok, ok, I said I was going to try and steer clear of knit-alongs and crochet-alongs this year. However, this one is part of Stash Knit Down on Ravelry. There are no prizes (my usual incentive), it’s low pressure – except I have a partner this time around and we both are aiming for 7 hats this month, and the over-all idea is use up stash. Given that my yarn closet is overflowing again, it needs either a) another round of organization or b) some serious crafting. Right now, I’ve only had time to concentrate on the latter. 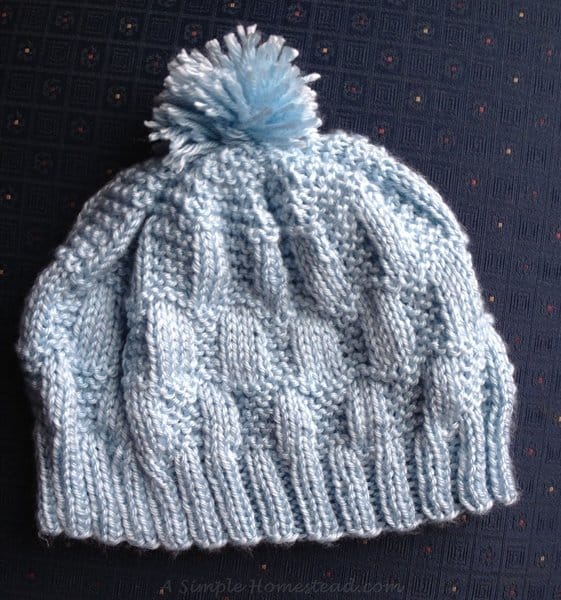 Experience has taught me that despite the fact that Florida = vacation and supposedly lots of free time, that didn’t always translate into lots of time (or energy) for crafting. I mean after all, there was the beach, blowing bubbles, spending time coloring shells (and fingers) and coloring printed pages Nana set aside for us; there were meals to be eaten, time for sleep … and most important, lots of snuggles.

I only took two projects with me – a hat I started right before we left, and my Scoreboard cowl (which still has 6+ games to catch up on before I’m finished). This hat is my own design. 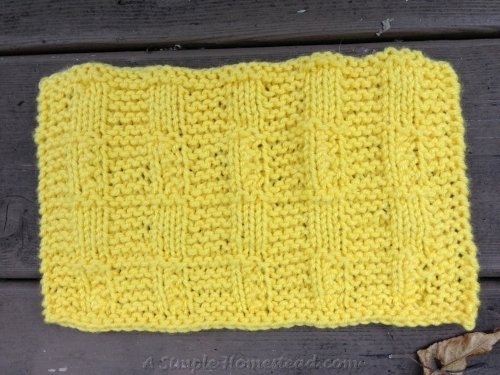 I came up with the concept last fall and did a swatch / sample (now a Barbie blanket). The hat is a little bit different in the stitch pattern, and I had to translate it into working in the round, but I wanted to see how it would look in a hat and/or cowl. I really like the pompom on top. I should really make more hats with pompoms 🙂 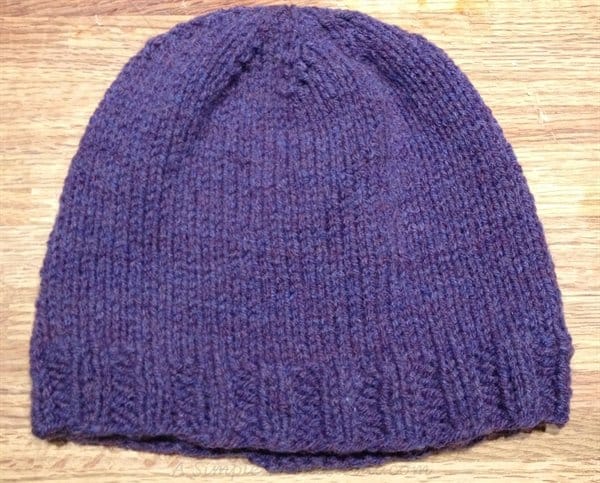 This is actually the last hat I made. It’s just a simple knit hat. I’ve made enough of them, I didn’t follow any pattern – I just knew how many stitches to cast on, did a bit of ribbing and then stockinette. I wanted something simple because the month is running out and I’m not done with my 7th hat yet. Not sure my partner will be either – but at least we’re getting close!

This was a great hat pattern to work on during day #2 of my stomach flu this week. I needed something simple and “brainless”. Plus, being home all day … started and finished in one day!

This used less than a skein of yarn.  If I’m going to use my stash for making hats, there will be a LOT of hats before I’m done… 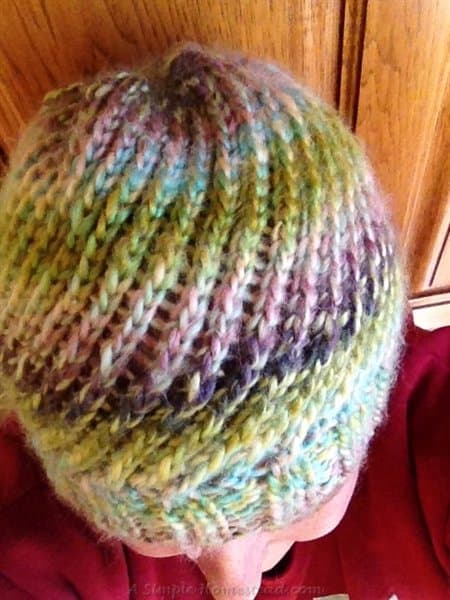 Oops – I guess I’m wrong. I had 3 projects with in Florida. I started this hat when I finished the light blue one. This was a fun pattern – very easy to memorize and you don’t have to worry about your starting point in the rounds! I wasn’t overly fond of the yarn while I was knitting with it, I do like the colors and how it turned out. 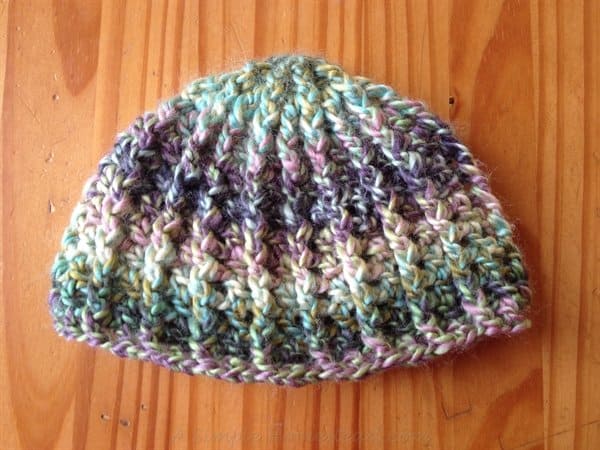 When I finished with the knit spiral hat, I had less than 1/2 a skein left. Rather than put back in my stash for later use (which I normally do), I decided to just use it up. This may not have been the best pattern for doing that as these particular stitches used up quite a bit of yarn. The result was a small child’s hat. It’s a lot wider than tall, so I may go back and add some other yarn as a bottom brim to make it a bit bigger. 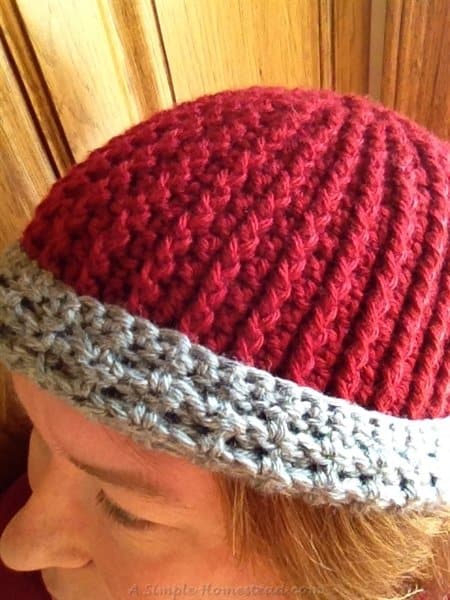 I liked the look of how my crochet hat design looked so I decided to make another using yarn I knew I wouldn’t run out of! I did finish off a skein of the wine color … but I still have a couple more.

I have one more hat started. It’s actually a remake of the pattern I did for our neighbor Jamie. I want to see how it works up in commercially made yarn instead of the thick/thin wool we got. That might get finished tomorrow and then we’ll see if I have time for that 7th hat since this year we have a Leap Day :-).

What am I going to do with all these hats? No idea. Little Chick might claim one as I think she’ll need a new hat or two next year. That big brain keeps growing along with the rest of her. The rest will probably go to charity.

One Reply to “FO Friday – A multitude of hats”