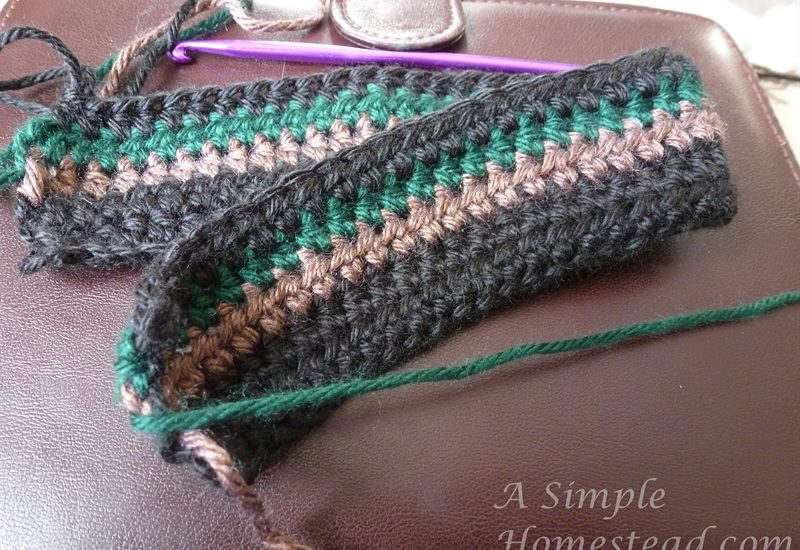 It’s a start of a new year and to get myself over that post-holiday, new year, it’s-colder-than-Antarctica (literally!) crafting hump, I have come up with a bunch of projects to start me off.

1.  I frogged the Emily Sweater I was making for myself.  The yarn is a delicious grape color and I fully intend to start again, but I made enough mistakes in the process – including making a size larger than I normally would (I must have felt fat that day), so I’ll start over later this year.

2. Just before the end of the year I discovered a Weather Knitting … or Crochet group on Ravelry.  They took the concept of the temperature scarf and expanded it.  Some are doing a project based on the temperature, some on the color or weather in the sky.  I even saw someone making a mood project.

After much, much, much debating I finally decided to do 12 afghan squares (one for each month) based on the high temperature of the day.  Part of my struggle was that I wanted to use up stash and not buy anything new.  Well, for this project at least.  I finally decided on these colors with some switching up of the order.

The coldest temperatures were supposed to start off as black … as in everything is dead.   I added white this last week for the one day (hopefully!) that the temps never rose above -10°F.  So I have 11 ranges and different colors for the afghan I hope to finish at the end of the year.

The natural and the bone do look more different than this chart.  If I can find the light green I’m supposed to have in my stash, I may switch out one of the tan colors for that. 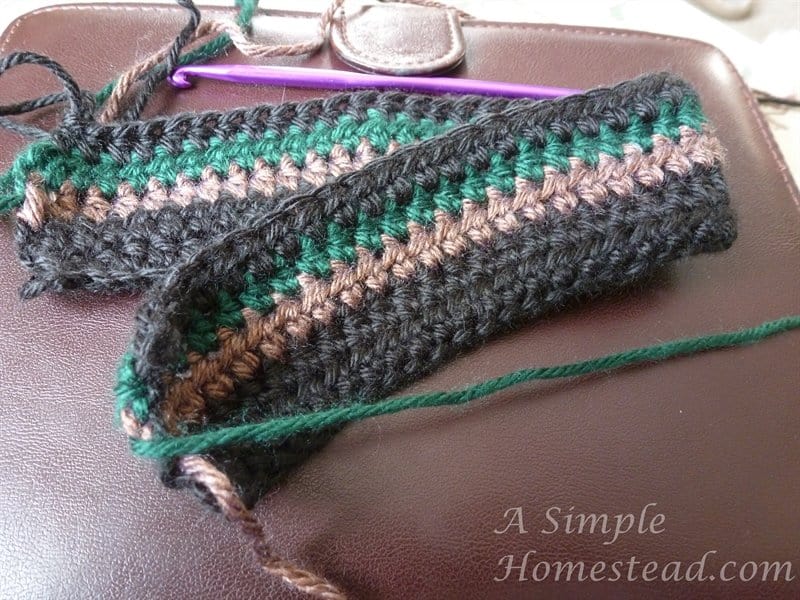 I could say this is what the January square looks like, except last night I realized I goofed in one of my rows already (wrong color) so I pulled it apart and redid the first 7 rows.  This gives you a general idea how it looks so far.  I like it! 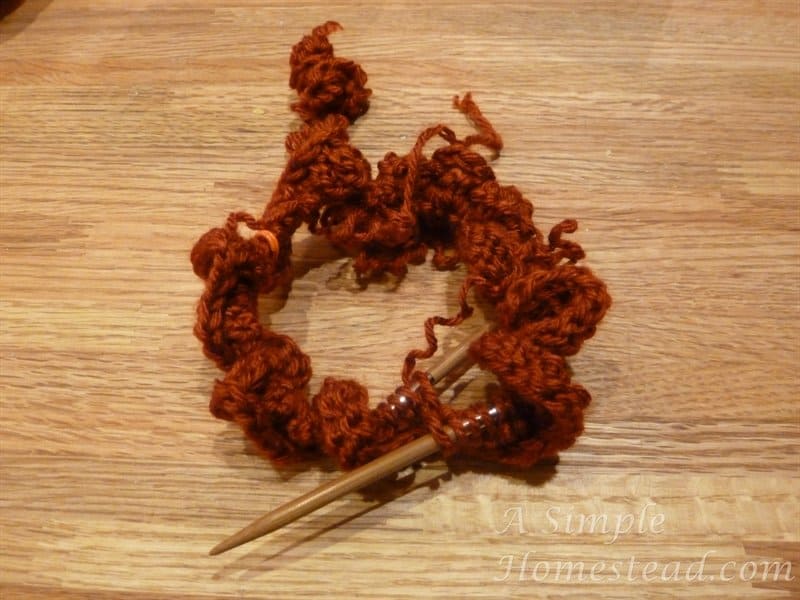 Awful colors in the picture, but there isn’t much to see.  I didn’t get very far yet because I was trying to recycle some yarn.  Remember when I made this for Christmas one year? 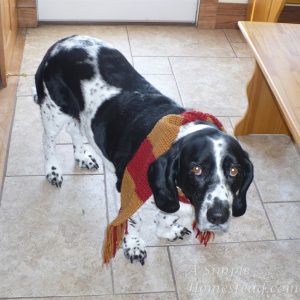 Yeah, I should have known the scarf wouldn’t be a big hit.  In the 12 years we had been married at that point (and since then) I don’t think I have ever witnessed Papa in a scarf.  So most of what I did last night was to start to frog it so I can use the yarn for my new project.

4.  And finally, I wanted to do some more sewing this year.  I found a “It’s a New Year Sewalong” over at Sew Can She.  Today just started week #2 so if you want to join in, you still have plenty of time.  Week one was just to pick out the fabric.  This week we’re cutting.  Eventually we’re going to make log cabin squares.  I can’t wait.  I still haven’t completely decided on what fabric I’ll use, but it will be one of these three. 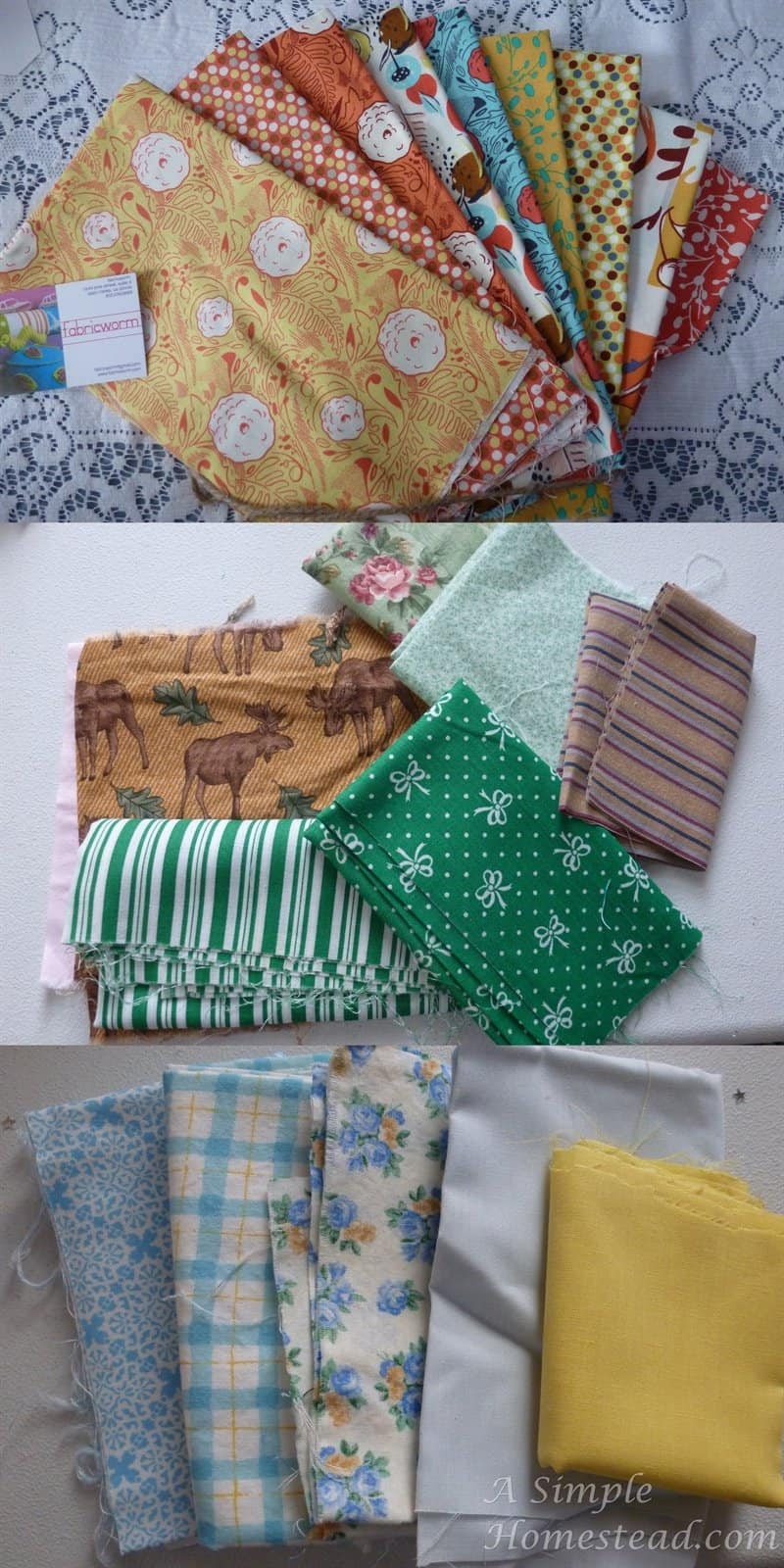 I plan to make some log cabin coasters with the squares I’m making.

What are you up to this year?