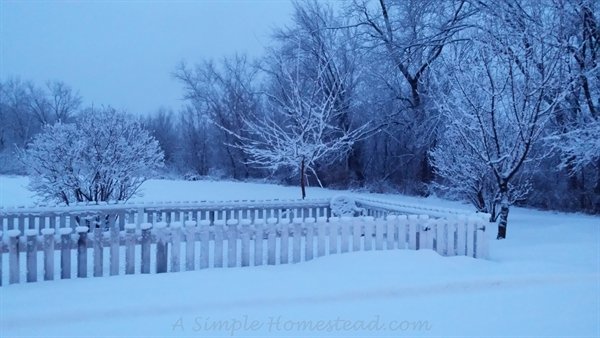 We have been having some crazy weather this month. First it was super-cold, but that’s actually quite normal for January. Then we got dumped on with large amounts of snow. 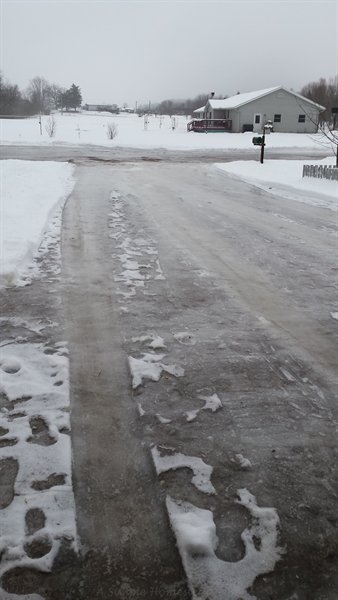 That was followed by what seemed a week of warmer temps and RAIN – although I think it was actually only a couple of days.   We had ponds in the yards and on streets – because the water had nowhere to go.  Regardless of how long it was, a few days later it frrrrroze, causing the streets around our area to be thickly coated with ice. If you watched national news that night, you may have seen the video of the street-skaters in LaCrosse, WI!

I ended up going to work late one day and Little Chick has missed at least 2 1/2 days of school in the past weeks due to weather. I’m more than a little jealous … I want a work snow day!!

Yesterday she had another day at home with Papa because of snow. There wasn’t a ton of snow (maybe 4″), but when buses have to travel on remote roads with hills, they often have to wait for the snow plows to come through first.  They originally just had a 2-hour delay, but there was more snow in the forecast so I guess they decided better safe than sorry. 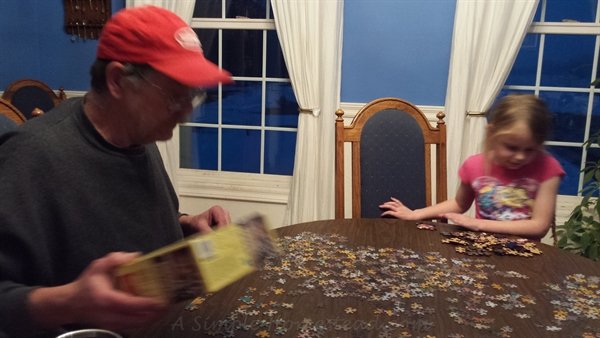 Snowy and/or cold days means for lots of indoor time. Papa declared one night as electronic-free and we spent the night putting a puzzle together. Little Chick got bored after a while … 1000 pieces takes a long time, and she happened to also pick what turned out to be the hardest section of the puzzle to start with! Instead, she worked on a smaller puzzle, colored, played with Legos, talked incessantly … you know, normal stuff :-).
(I didn’t deliberately blur the picture for privacy; apparently they were busy moving and I never got another picture!)

In other homesteading news, a fox has been spotted (at least his tracks have been) running in the section between the house and the chicken coop. It didn’t look like he was anywhere near the coop. Hopefully he’s fattening up on our overabundant rabbit population!

The chickens all stopped laying around late November / early December. Then we started seeing one egg every 1-2 days which we figure was coming from Blondie (pic above), but who knows. We’re not standing out at the coop watching who lays what egg LOL! 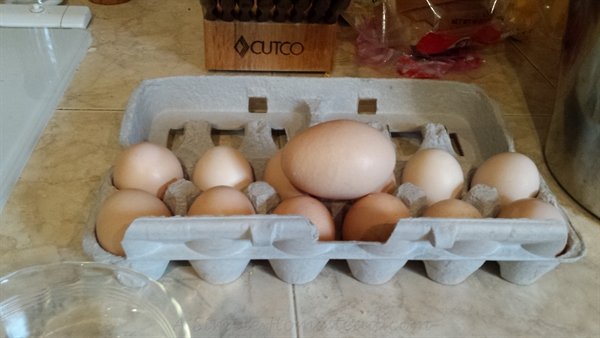 Last week when we hit that warmer spell again, suddenly we were getting 3 eggs a day! Whoo-hoo! I really missed having our good orange-yolk eggs. One of our hens laid a gigantic egg. She must have been saving up! We weren’t surprised to see two yolks when we cracked open that egg. It happens sometimes.

Side note: did you know that big egg producers will just discard double yolkers? They can’t sell them, so they’re of no use. Sad, but true.

What is new in your part of the world?