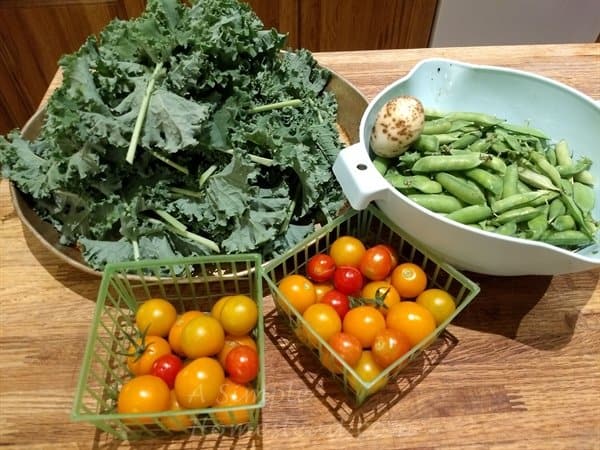 I know, this counts as two posts in one week! However, I didn’t want to detract from my new Mourning Dove Shawl design – and yet, there is so much more I wanted to talk about! 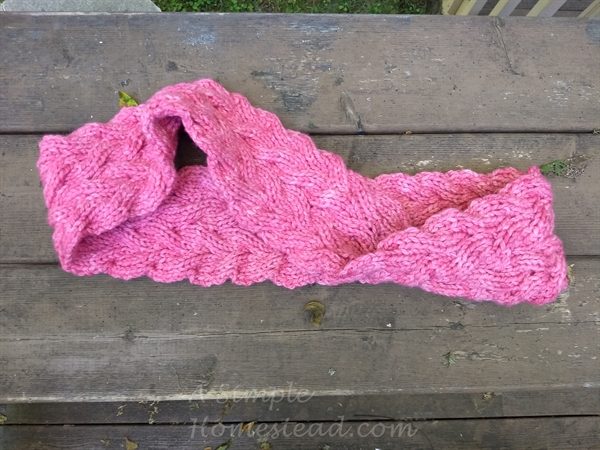 It’s the middle of summer and yet I just finished a bulky cowl for this winter. I was making it as part of the Malabrigo Junkies Ravelry group. They are hosting “Junkie U” (for university) July and August. This month the study options are Cables, Colorwork, or Pattern altering. I chose to focus on cables – specifically I wanted to learn what it takes to make reversible cables because I’ve discovered that I don’t like “wrong” sides. Everything should be reversible LOL! 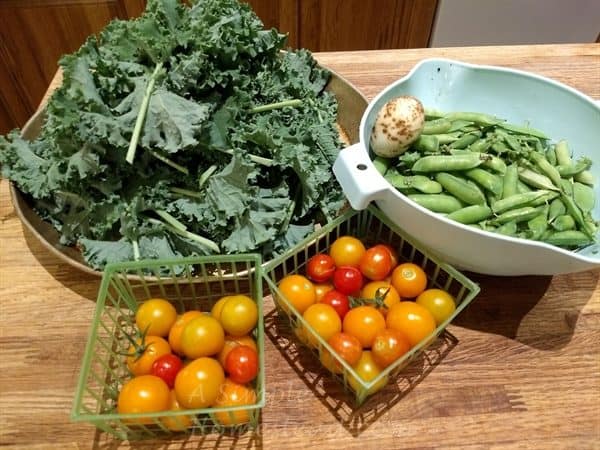 Our garden is growing well. Papa already pulled the pea plants from our first crop and we need to get some more seeds to replant again.  We dug up one potato to see how our plants were doing.

I think we ended up with 6 cherry tomato plants this year so they are keeping us well stocked in little tomatoes – barely. We call them “nature’s candy” in our house and they disappear quickly!

I had planted one half of a bed with leafy greens. None of the lettuce or spinach – or whatever else I planted (I didn’t take good notes this year!) came up. Only the kale. I’ve never grown kale before. Papa declared it tasted like grass when he sampled straight from the garden. I posted on Facebook for suggestions and got a TON of ideas! A lot of people suggested kale chips so I made some that first night. I thought they were good but then I made the mistake of putting them in a closed container (because it’s humid outside!) and then ended up softening overnight. Not as good then. 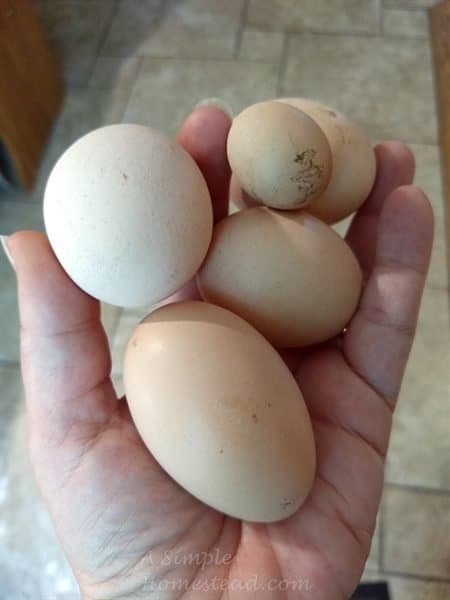 Our five laying hens are doing well, although someone recently laid a half-sized egg! The next day, Papa announced that one of the Speckled Sussex laid a no-shell egg in front of my car so maybe it was the same one. No problems since, which is good. Oh, and yes, the chickens are back to wandering into the garage on a daily basis. So much for cleaning it all out and washing the floor! 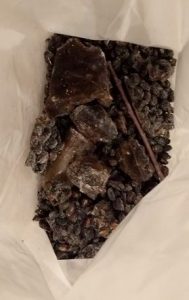 The chickens are eating well though. No – those are not black beans (you may want to skip this section if you are squeamish…) 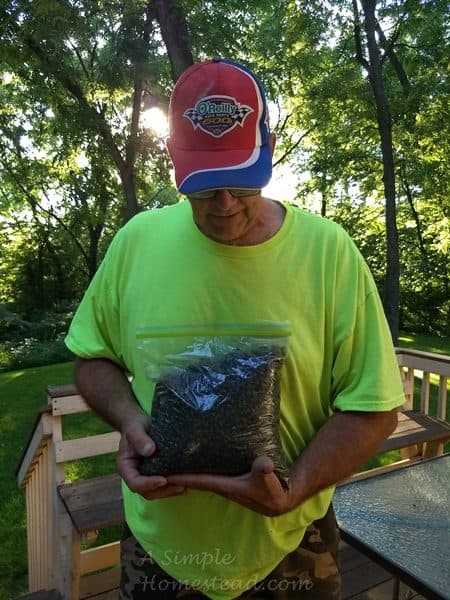 We’ve had another year of Japanese Beetle infestations! Papa was hanging pheromone traps around the yard until he read that they can make it worse – by bringing more beetles into the area. Then he moved them farther out and it seems to be helping. For a while he was having to empty the bags once a day! In order to reuse them, he said he wanted to put them in the freezer to kill the bugs. I said we should just leave them in the freezer – and feed them to the chickens this winter as a good protein snack! So that is what we are doing (just thinking about that massive bag of live bug gives me the heebie jeebies!) 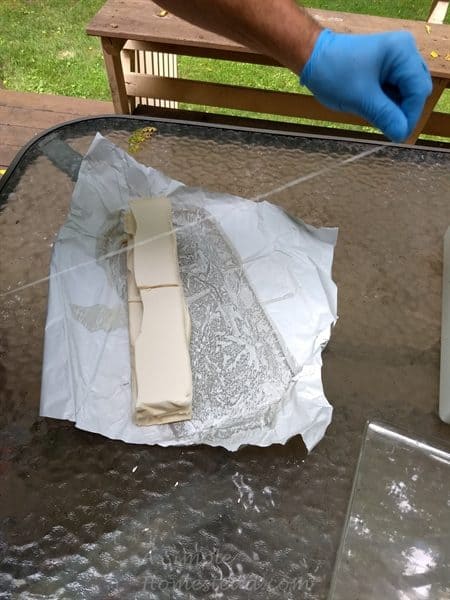 I made my first batch of soap last week – with Papa’s help.  He’s usually the one that makes our soap.  Mine was a small batch – one quarter the size he normally makes, but we also tried a new recipe.  This is a milk soap: milk, coconut oil, lard and lye.  Papa’s soaps are usually unscented – we use them as bar soap in the shower and to make our laundry soap.  For my soap we added a pumpkin spice essential oil.  It was really cool how the whole thing turned a bright orange after we combined the lye and milk.  I was hoping that it would stay that way but alas it’s a soft white.  Maybe next time I’ll have to experiment with natural colors.  Now we just wait the 6 weeks while it saponifies and is safe to use.