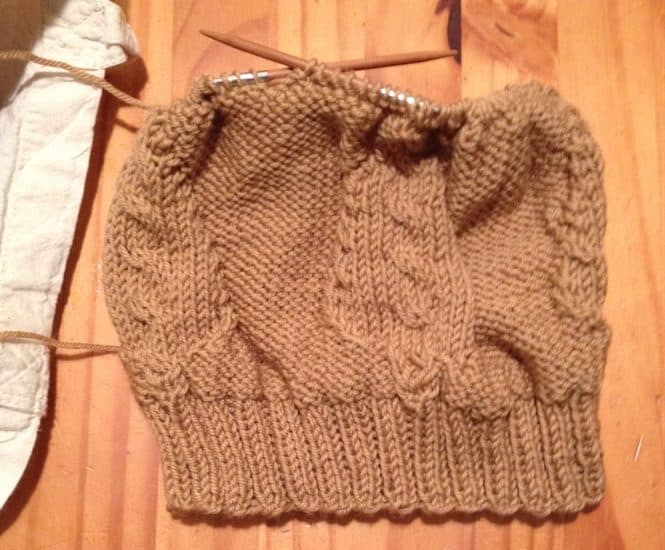 Sometimes I think I’m nuts.  Little Chick had decided she wanted to be Ariel the mermaid for Halloween this year.  At first I was just going to try and buy a costume.  Then I thought about using a teal tutu my mother made recently as the basis for a homemade costume.  My idea needed some elastic thread so I headed to the fabric store on Saturday.  On the way there I became inspired and decided to make more of a mermaid tail from scratch.  It would have been cheaper to buy a costume LOL!

I ended up picking up a turquoise sequined material to make the tail from.  It’s rather thin stuff but then again it’s actually part of the Frozen collection – you know, for Elsa’s flowing dress.  Still, I thought it looked a little like scales on a mermaid. 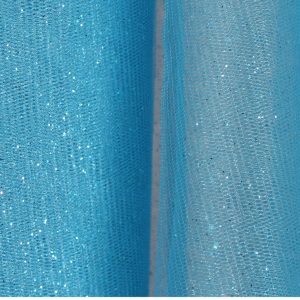 I’m starting by making a regular skirt.  The original plan was to make a detachable tail.  Papa helped with the idea to make kind of an apron/tail that would hide under the skirt and dangle down.  I think the tail should fall in the back but he thinks the front.  We’ll see who wins that argument :-).  Oh, and did I mention that I’m having to sew the tail all by hand?!  I managed to sew the sides of the skirt up but the thread kept breaking.  I thought it was because the sequins were catching but after a while I realized that there was a sticky substance in this fabric that was gumming up the needle and causing the thread to stick.  I may have to take my machine in now and have it cleaned (I’m sure it needs it anyway) but either way I decided it was just easier to sew by hand than having to constantly fix the breaking thread.  It’s one week until Halloween – and in fact there are even some activities going on tomorrow (local grocery store has a costume day), so we’ll see if I get it done in time.

The one piece that is done but didn’t photograph well is the red hair. 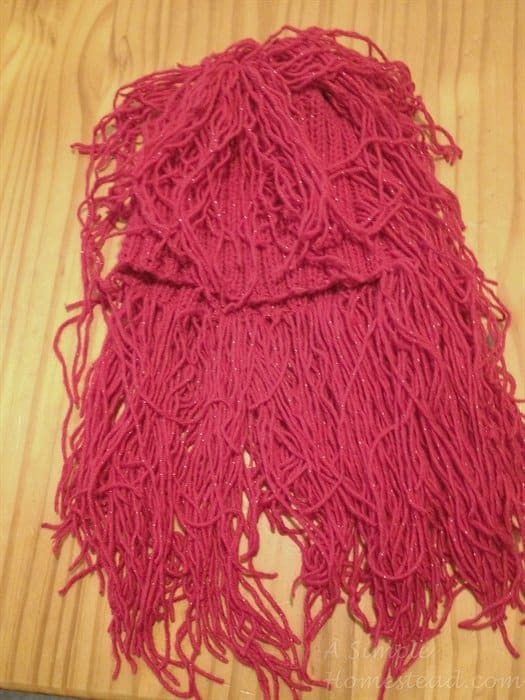 It looks a mess laying down but looks better when on her head – I just haven’t gotten a picture of it yet.  I made a ribbed (so super-stretchy) hat and then wove strands of the sparkly red yarn through the hat.  The weaving took just as much time as making the hat!  I had planned on trying to sew the threads to the hat to secure them but that wasn’t working so well so it may all fall apart in a month or so.

In other crafting news, I completely frogged my leaf tote so I’m not sure I’ll get it done by the end of the month now.  I found a way to do intarsia in-the-round which is how I was knitting the bag, but the plan didn’t work as well as I’d hoped.  Too many bobbins and ends to try and deal with so I’m starting over and knitting flat.  Since I plan to felt it in the end it won’t matter that I’ll have to sew up the sides and bottom.

I’ve also been working on a hat design.  It’s almost finished.  I might have had it done last night but I was playing with a couple of different ideas for the top of the hat where the decreases are and didn’t like my first idea.  It should only take another hour or so to finish but the costume looks like it should be a higher priority at this point. 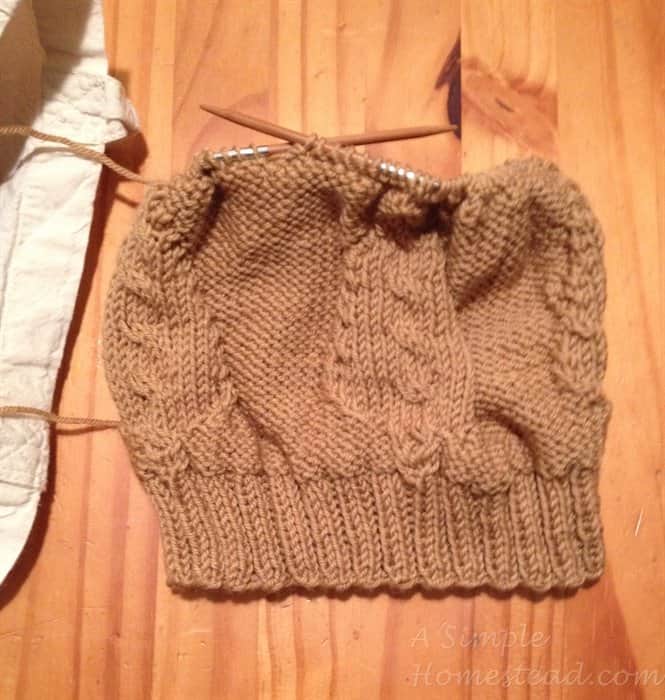 One Reply to “WIP Friday – working on hats”