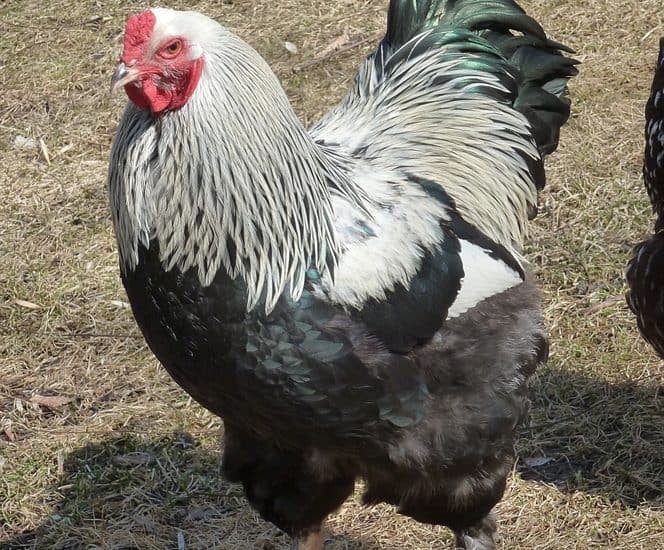 Sadly, you need to be prepared to handle situations where your girls are sick or have been injured.

Had we had a first aid kit with some wound treatment medicines, Henrietta might have survived past a couple of days. But her wounds from that raccoon turned out to be fatal because we didn’t know how to deal with them properly. We really need to get a first aid kit set up for future emergencies. Grit has a good post on what that should include.

Chickens can get sick. Watch for hens that are loosing their feathers and exhibit behaviors that might indicate something other than molting. Watch for abnormal feces, lethargy, or other behavior that doesn’t seem normal. Maybe it’s as simple as a mite problem. Maybe it’s hot out and that’s causing runny poo and ruffled feathers. Anything that can’t be explained should be investigated further. It’s probably a good idea to isolate your hen until you can determine what is going on in case it is contagious.

Chickens can be mean. If a hen is injured, the others can peck at her until the situation is dire. If possible, keep an injured bird separated from the rest of the flock.

You need to make sure when introducing chicks or new hens to the flock that there aren’t problems. Pecking order changes can be worse than a group of high school girls! We introduced our chicks by having an open-sided brooder inside the run (up on sawhorses). The grown hens could see, smell and get used to the chicks as they got older. As the chicks got older, we let them roam together for short periods under tight supervision. I think it also helps to introduce new or younger hens during the warmer months, when they have more to occupy their time and are less likely to pick on each other out of boredom.

You should find an avian veterinarian in your area. Sadly, I don’t think there’s one local to us. If we can’t treat the problem ourselves, we may have to take the next step.

And that leads me to … have a euthanasia plan. If you’re not comfortable doing it yourself, you need to find someone – whether it be a veterinarian or a friend that will be able to humanely end the life of your sick or injured bird. It’s not a pleasant thought, but it’s better to have a plan ahead of time so you’re not scrambling when it happens. (Notice, I said when, not if).

You may also want to note your state diagnostic lab in case you want to have a necropsy done (don’t freeze your bird!). Check to see what services the lab provides and what the charges are (sometimes they are free). In Wisconsin, there are two labs – one in Madison and one in Barron. Poultry necropsy is $84.70 at the time of this writing. That sounds expensive, but it may be worth it to know – especially if you have more than one bird exhibiting odd behavior. Be sure to ask that a copy of the necropsy report be sent to you in addition to your avian veterinarian.

I have an update from our little homestead. We’ve had issues with three chickens this spring.

Our final rooster died from “lead poisoning”.  Brahmas are supposed to be fairly calm as roosters, but this one was really picking on the hens.  And I don’t just mean mating.  This was full-out chasing, pulling out feathers, pecking at other areas.  He finally picked on the wrong hen … namely Opal.  Her comb turned black from all the dried blood, and so that was the end of him.

A week or so later we lost one of our hens.  We don’t know quite what happened but my theory is hypothermia.  We’d had a couple days of drenching rain but because they were more upset if we didn’t let them out (wouldn’t you too if you’d been cooped up for months?!), they got to roam free.   On the second night, the temperatures dropped significantly, down into the mid-teens.  We leave the door between the enclosed run and coop open, and she must have stayed out in the run all night.  Papa found her resting in the dirt pit the next morning.

Our third incident ended on a much happier note.  Right around the time the one hen died, Papa had been keeping an eye on one of the other hens that was acting strangely.  He picked her up and black, horribly smelly liquid spilled out of her.  In this wondrous day and age of the internet, he looked it up online and discovered she had a condition called “sour crop”.   Unfortunately the methods described how to treat or deal with it are varied and each one disputes the claims of another.   It didn’t help that we were leaving for several days over Easter.

Finally decided to resort to a fairly radical treatment … surgery.  Our good friend Lucy (RN) offered to help, and together they made a tiny incision, lavaged the crop and sealed the wound with super glue covered with liquid bandage.  This was her the next day already!

Nice and perky.  The only problem we’ve had since then is that someone wanted to party and stayed out all night once this week.  I found her wandering outside in the morning before anyone else was awake!

Papa found a big pile of poop underneath the bench on our front porch, so I guess she decided to roost there for the night.  It’s been almost two weeks now and she’s doing great.  Best scenario we could hope for.