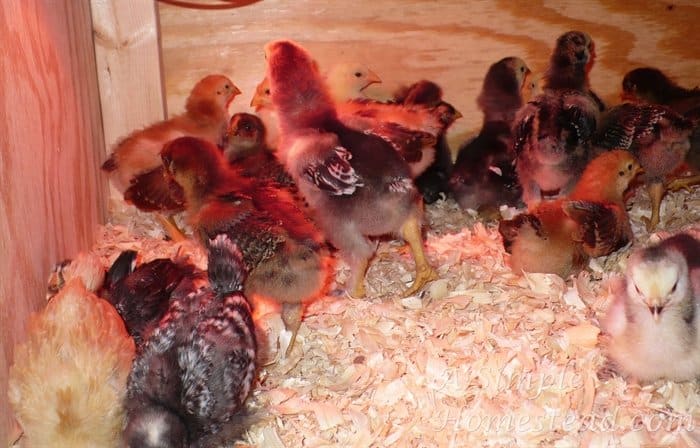 At some point you need to think about waste removal. I’m sure there are some owners that go out and clean their chicken coops on a weekly basis. On the other end of the spectrum, there are those that subscribe to the “deep litter” method. This method leaves everything in the coop, but you continue to layer new bedding when the old gets too smelly. The layers compact and start to decompose. In the winter time, deep litter can help keep the coop warm.

We’re somewhere in the middle and usually clean out our coop approximately every quarter. You can use a tray or mat of some kind to make it easier to pull the bedding and poop out, but I believe Papa just uses a shovel for our large coop.

We use pine shavings for our coop bedding. You can buy a large bundle of it rather cheap at the local supply store. I believe our store sells it for around $5. We put a thin layer on the floor of the coop and a much deeper layer in the nesting boxes. Since we don’t clean out the coop litter very often, we try and make sure the nesting boxes are as free from droppings as possible even if the rest of the coop is a mess (kinda like cleaning the areas of the house that people see and leaving the rest. Umm … did I just confess something?!).

I read somewhere that chicken droppings are considered “hot” and should be added to a compost pile for a while before placing on the garden. We’ve added directly to our garden either really early in the spring (long before we can start planting) or late in the fall so it has time to sit over winter. We’ve also placed the used bedding around our flower beds and strawberry plants.  It makes for cheap (free!) fertilized mulch. 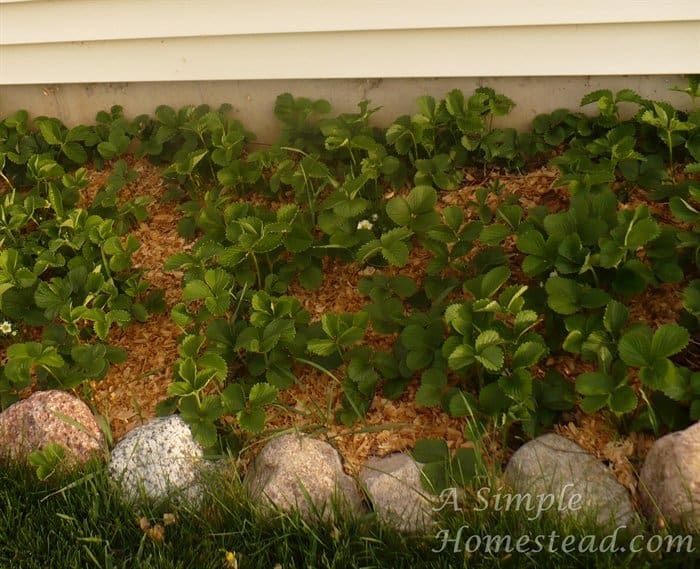 Chickens love to take dust baths. It’s their way of cleaning their feathers and getting rid of mites and other parasites. If they don’t have an area, they will try and dig up a hole to access the dirt below. You can also keep a small box in the run filled with sand and dirt.