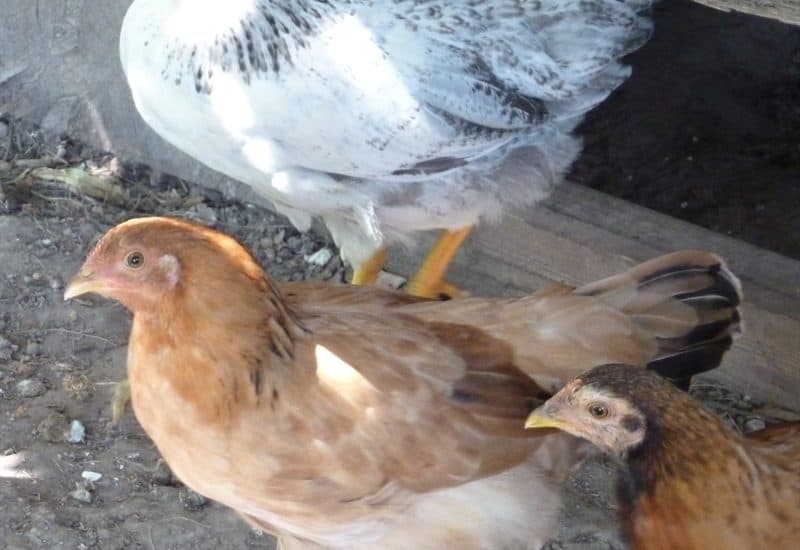 According to Merriam-Webster, a pullet is “a young hen; specifically a hen of the domestic chicken less than a year old” and a cockerel is a “a young male of the domestic chicken”.  But at what stage do they switch from being cute babies to being pullets and cockerels?  When then lose their down?  If so, then every chick in the abode is now old enough to be out of the baby stage. 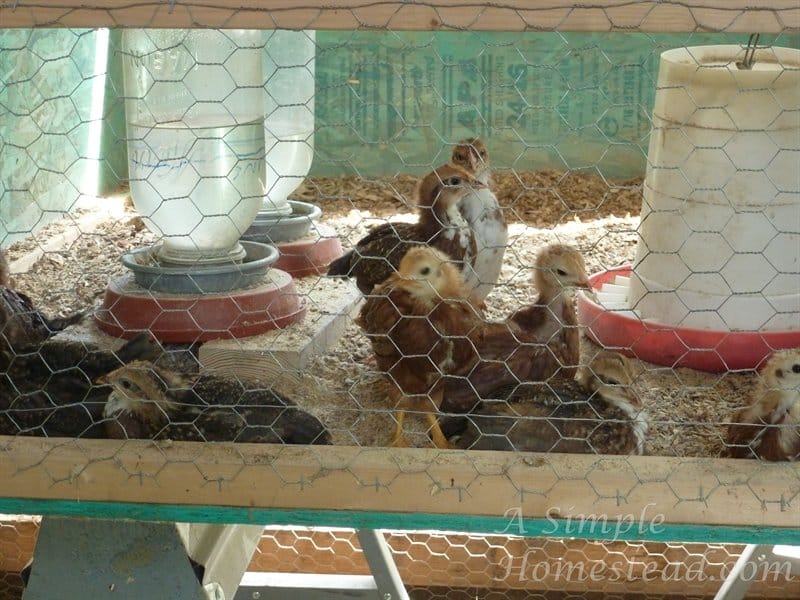 Except for a tiny bit of fluff still left on their heads, these little ones are entirely covered in feathers.  They grow up so fast!  I think they are now at the stage when we received our other five chicks earlier this summer.  And look at how big that batch has gotten – they’re almost fully grown! 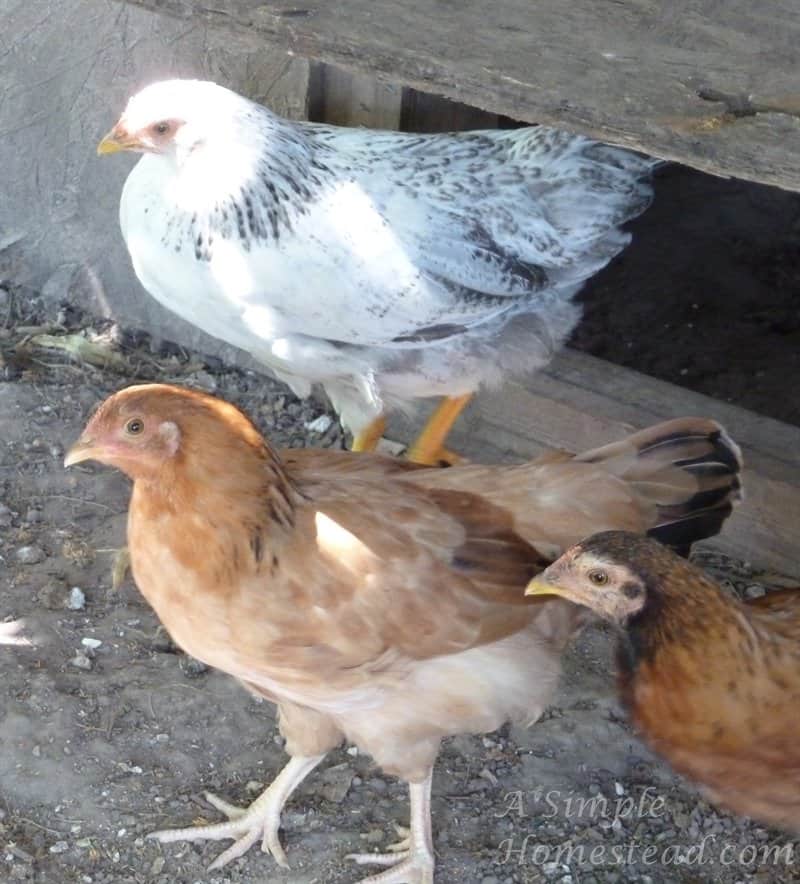 We still have a long way to go until they are ready to lay eggs.  I don’t remember being this impatient with our first batch, but I’ve read they will probably start laying when they are around 20-24 weeks old.  Unfortunately, I’m not even sure the exact date we got them to estimate anymore.  *sigh*  It’s worse than waiting to open that first Christmas present.  Especially since we’d gotten spoiled a couple of years ago with an abundance of eggs (we were giving them away – can you believe it?!) and now we’re having to buy eggs again.

These chickens are hard to get a picture of – they don’t stand still for long and scurry faster than I would think possible!  Maybe I don’t remember, or maybe because we had so many more before they didn’t have room to scurry :).  One of the cockerels tries to crow at least a couple of mornings each week.  It’s hilarious to hear.  He needs a lot more practice!  (that’s him below – the blurry one) 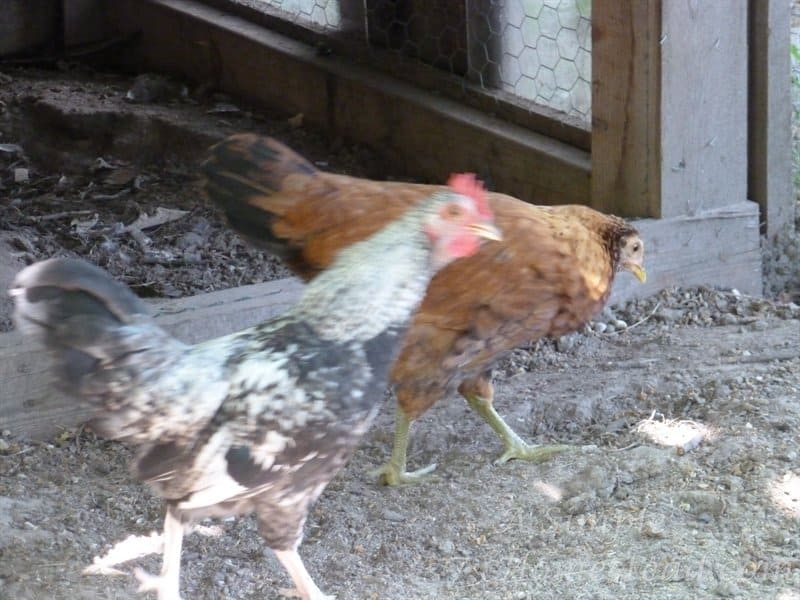 In case you haven’t realized by now, Papa is the primary caregiver of our chickens.  A point of which I am extremely grateful right now.  Temps this week have been in the mid-90’s with humidity high enough our heat indexes have been 100+.  I’m outside long enough to go from the garage/car into the house.  Occasionally I’m roped into taking Finley for a walk as he “whines” (literally) his way into getting at least two a day.  5 minutes just standing outside and you’re dripping with sweat.  But how can you say no to that face?! 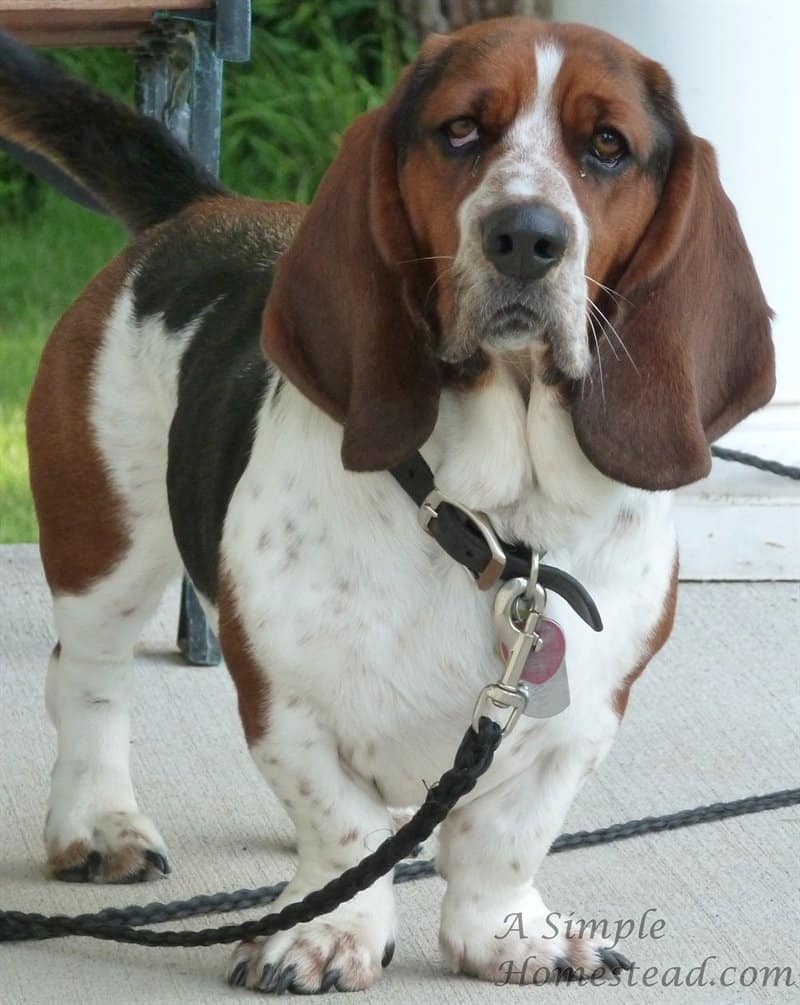 No comments yet
chickens dog