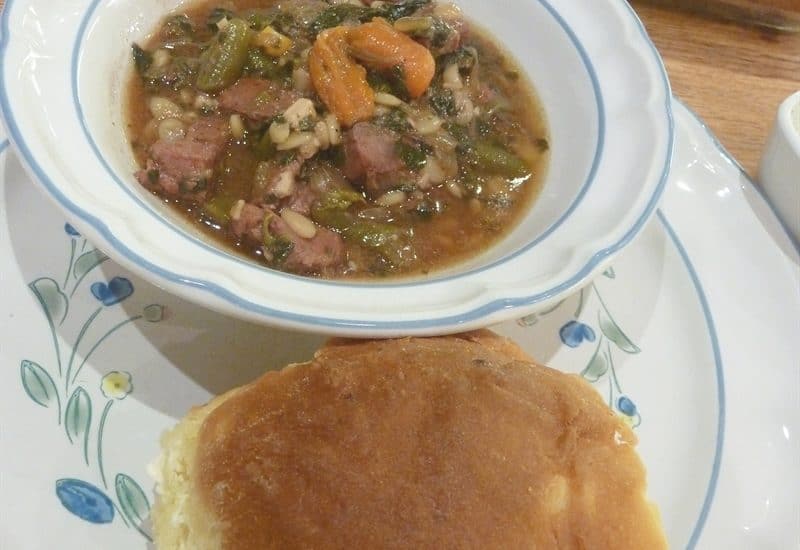 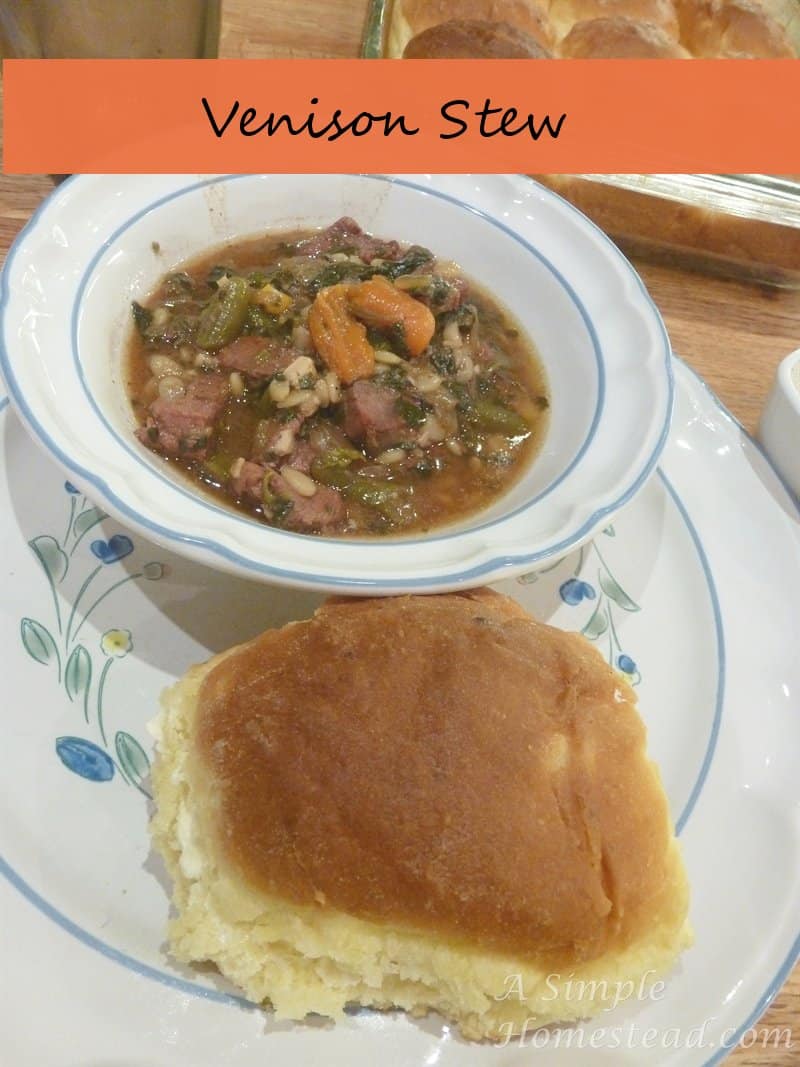 This isn’t so much a recipe as an idea.  And August is the wrong time of year for me to be thinking about soups and stews.  However, since I showcased those delicious Potato Rolls yesterday, I wanted to show you the reason I first made them.  On a rather cold November (2013) Sunday afternoon, we decided soup was the perfect plan for a lazy afternoon dinner.  Combine it with delicious, warm, homemade rolls and you have a winning meal! 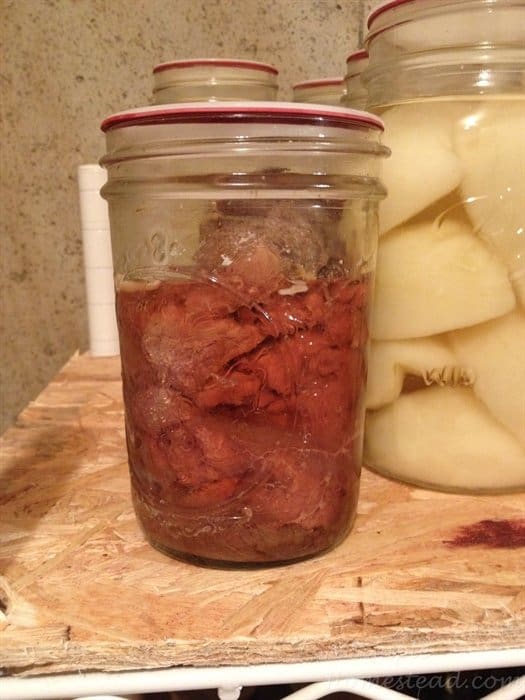 The stew I made was quite simple.  Papa tries to get a deer each fall, but often we end up sharing with the other family he goes hunting with.  That means we have to make the most of every little bit.  He likes to pressure-can some of the meat.  Pressure-canning means the meat comes out tender and the advantage is that we only have to reheat the meat as it’s already fully cooked.

I chopped up some garlic and onions in olive oil in a pan and cooked them over low heat until they were soft.  If you didn’t have ready-to-eat meat, you could cook it in the pan first with the onion and add the garlic towards the end so it doesn’t burn.I added a couple cans of beef broth, the venison beef and … here comes my “cheat”. 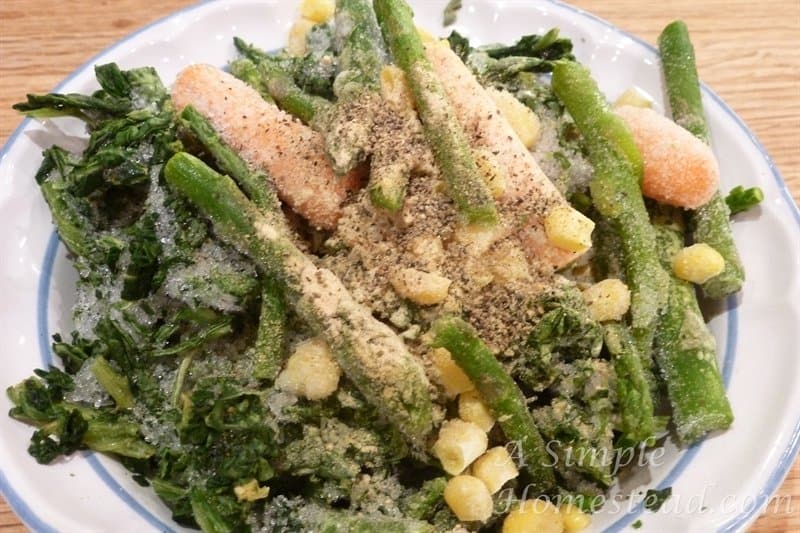 I used frozen vegetables to bring this together quickly.  I believe this must have been some sort of stir-fry vegetable mix as it has broccoli, asparagus, carrots, corn, and probably some other vegetables hidden underneath (spinach maybe?).

The mess you see on top are my spices.  I don’t remember exactly what I put in there, but I definitely see black pepper and maybe some granulated garlic (did I mention I love garlic?), probably a dash of salt.  Quite often I’ve used Italian spices (parsley, oregano, basil) or other green spices like tarragon, sage, etc.

I’m not sure why I did the frozen vegetable / spice mixture in a bowl instead of adding it directly to the beef broth mixture, except for the fact that I do something similar when I’m making stir-fries.  I’ll put the vegetables in a bowl along with garlic and onions so they are readily available when the meat is done cooking.  For stir-fries, I also mix all the spices I’m going to use in a separate bowl so they’re ready to add at the end.

Sadly I didn’t take exact notes while making the stew – it was a throw-together type of meal.  From the picture it looks as though I must have added some orzo to the broth at some point too.   All I remember is how delicious we thought the soup – and the rolls were.  Makes me almost wish we had cooler weather so I could start making stews and soups again.

One Reply to “Venison Stew”