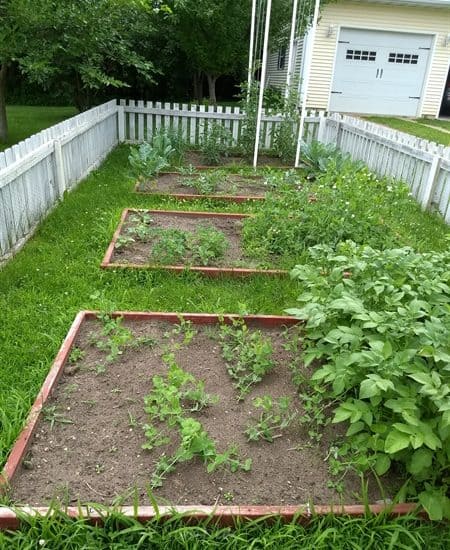 One of the problems I’ve had with making sure you receive regular updates from me is that I have a bazillion ideas of things to write. When I sit down to write and suddenly I’m overwhelmed with the possibilities. What topic is more timely? Which would my readers prefer? While I want to write posts that interest you, writing nothing is actually worse. I just need to pick up my virtual pen and start in! So here we go … starting with an update on our homestead:

The garden is in and growing quite well. We’ve had plenty of rain with a good mix of bright sunny days. This year we have lots of tomatoes, peas, cauliflower (Papa thought he was buying broccoli plants – oops!). I tried planting lettuce but nothing appeared; we do have some kale growing though. Also a few radishes because I didn’t know what to put there. Oh – and two watermelon rounds. Papa usually doesn’t like viney plants, but Little Chick got these from the local nursery when school visited, so he relented.

We have a section of potatoes that we’re growing from some oversprouted / overwintered leftovers from last year’s potato crop. They had shoots so long (like a FOOT!), I wasn’t sure they’d actually grow. Papa cut off the long tangles after we had “real” shoots and leaves appear.

We still have the five hens and they are faithfully laying eggs. They’re driving Papa crazy though – thanks to me. 😀 You see, I had picked up some seeds a while back and had planned on making some suet-style treats for them. One day however, I decided to open the bag and toss some seeds out to them. When it comes to food, these chicks are not dumb! Especially the Speckled Sussex (Charlene, Oreo and Brownie). All I have to do is open the door the the garage and they are running over to see if I will give them some more. If I don’t, they follow me everywhere!

Our biggest issue is that they now think the garage (esp under Papa’s truck) is an ideal place to stay cool this summer. Needless to say, they had been leaving “presents” for us in the garage. Papa got the itch to pressure wash the floor last weekend, so we hauled everything out of the garage.

Another advantage, other than having clean floors, is that we were able to organize things as we put them back. I took the opportunity to clean out my potting cupboard. There were still mouse droppings from winter 2016 when they cleaned me out of my seeds. I decided to get rid of a lot of my clay pots and those that looked like they would be too much work to clean up. The cupboard now looks empty!!

I’ll have a crafting / design update soon – including details about a “make-a-long” that starts in just a couple of days! So keep an eye out for more information!