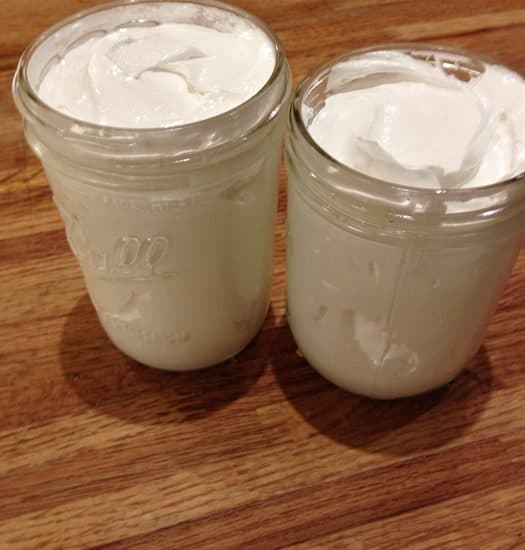 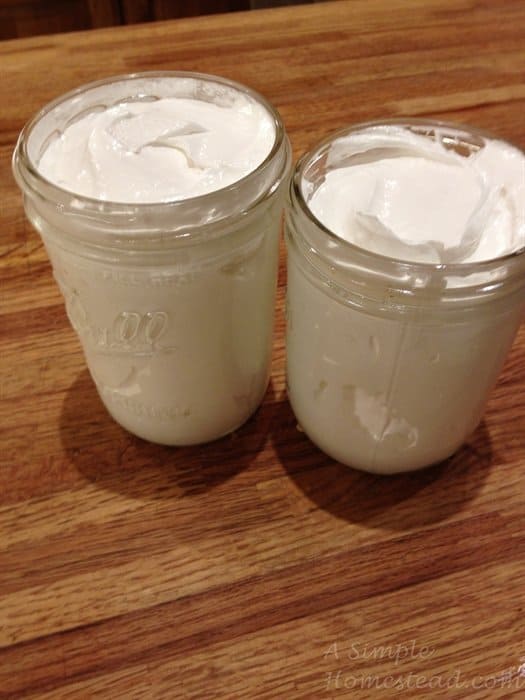 I love, love, love marshmallow. Too much. It’s the reason I don’t make rice krispie bars very often; the rest of the family doesn’t eat many … and then I eat the rest of the pan! Someone in this household has even been known to eat directly from store-bought jars of marshmallow fluff, or to steal a marshmallow now and then (although I’ve had help from Little Chick there).

Papa has made homemade marshmallow squares in the past but my favorite is the fluff, a.k.a. marshmallow creme. It’s really not that difficult, especially if you have a stand mixer. You whip some egg whites and add some boiled sugar / corn syrup mixture to it to cook the egg whites and to make it super-sweet and sticky!

Now, I’m not a huge fan of corn syrup (the whole HFCS debate) so I did try to make this recipe with honey once, but I didn’t care for it. Our local honey may have been a bit strong on flavor, but it came out really strong in the recipe! If anyone can find me a good honey-based recipe, I’ll be eternally grateful.  Not to mention the fact that we’re out of honey; we have to wait for our local bees to start producing.  Yields are low due to weather and rain and honey is hard to find this year!

In the meantime, I would recommend giving this recipe a try. If I have leftovers (ahem), it stores nicely in wide-mouth canning jars.

Next week, I’ll show you a great recipe on how to use this delightful stuff! 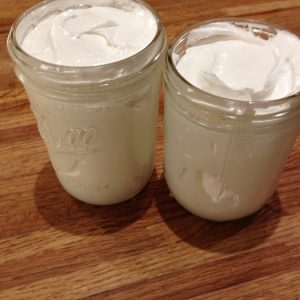