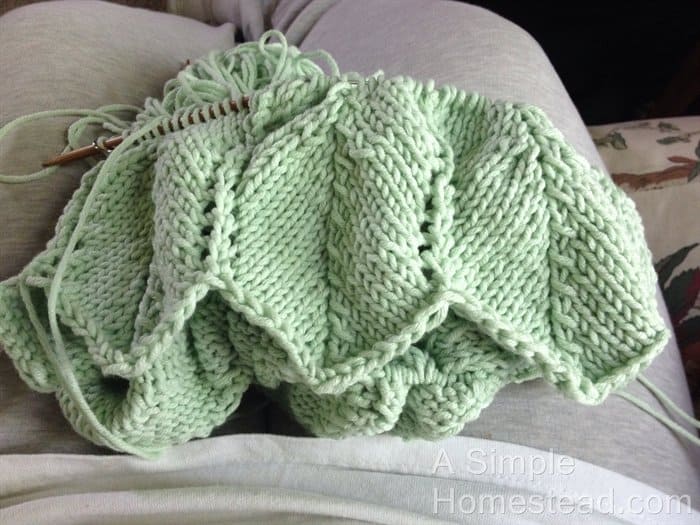 Technically the only thing I’ve finished is this Underground Crafter mystery square. 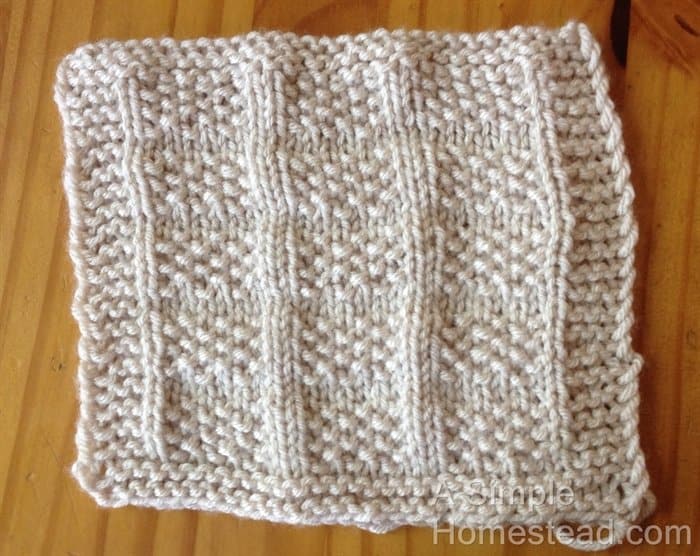 And I’m still three square behind – thanks to a new release this last Wednesday.  I really began to hate this square.  I could have made three in the time it took me to make this one.  Not the pattern writer’s fault.  My first mistake was to read the number of cast-on stitches from another square and I couldn’t figure out why it didn’t look like anything.  I had a couple of other errors which I ended up tinking (un-knitting).  But it’s done.

I had other issues this week in a different craft.  Check out this awful thing. 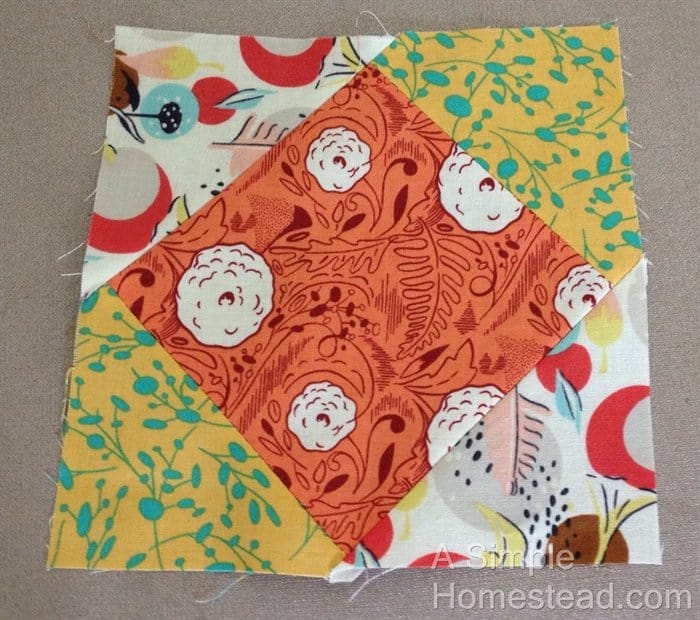 Even with the angle of the camera it’s still obvious that this this is NOT even remotely square.  And this was the first step – there were several more pieces to add to this block but I stopped.  Unfortunately, I followed the directions and cut off the backs right away before I thought to take a good look.  Ugh.  I’m also not liking the color combinations.  I’m beginning to think it was a mistake to try and use up this fabric as trial runs … because I hate it!

I did have one semi-success.  My mother made my daughter a super-cute pink and white polka-dot tunic earlier this year.  It’s too big for her but she loves wearing it (as a dress).  Problem is, the shoulder straps fall off.   I was going to put some elastic in the back to try and pull it tighter.  My mother-in-law suggested a couple of darts.  I had no idea what she meant … so I went to my good friend Youtube. 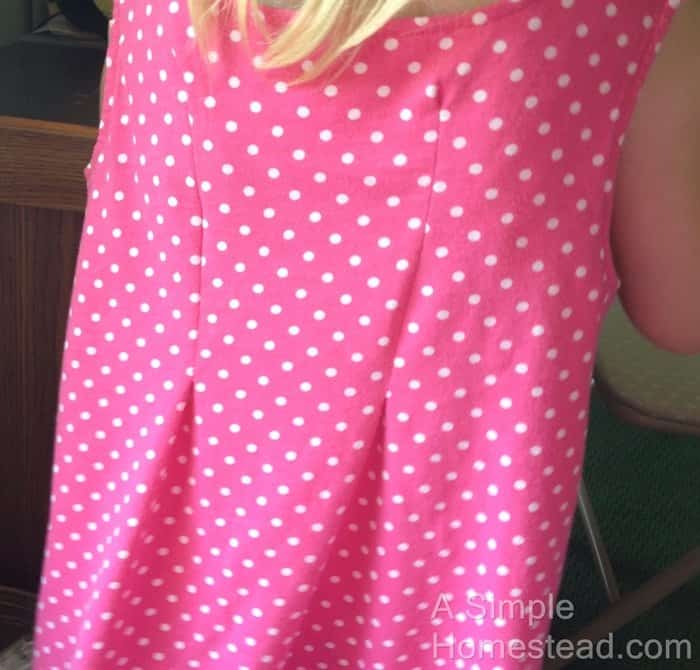 I think they turned out rather well.  Except … the straps still fell off.  So I put darts in the front too.  Nope, still a problem.  I guess I just need to pack it away out of sight for a few months…

I’ve started a new project for Little Chick.  It’s a cotton knit dress that I hope to have finished by the end of the month.  This is what I have done.

Think I can finish it in time?!