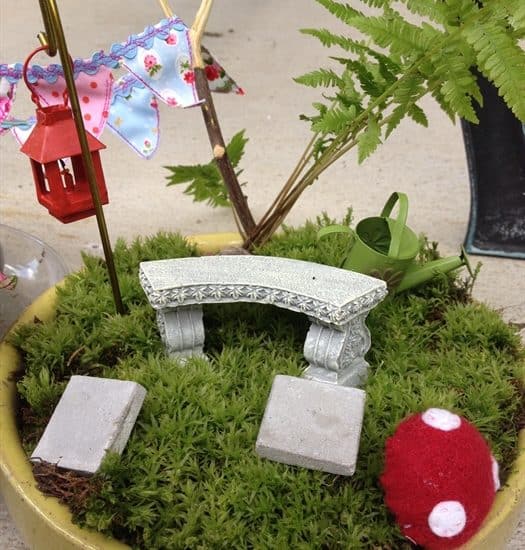 Remember the fairy garden package we received from my swap partner? We managed to put it to good use! 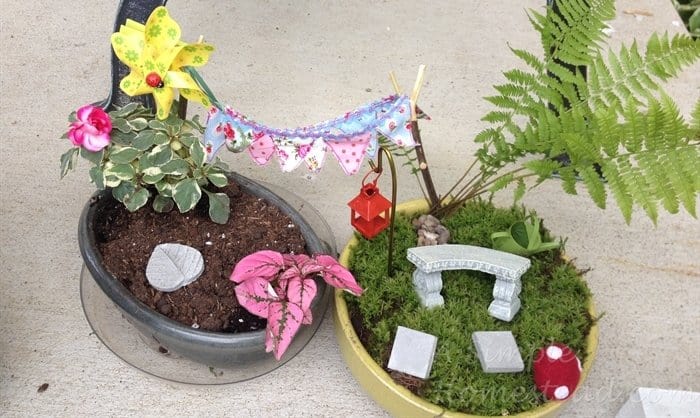 I had to go to the local nursery to pick up a gift certificate for a friend that was retiring and while I was there, Little Chick and I spotted a shelf with fairy garden supplies. Apparently this is quite the trend! The biggest expense was to pick up a short, wide planter … but I should have picked up a bigger one. We ran out of room and ended up using a second similar planter we already had. 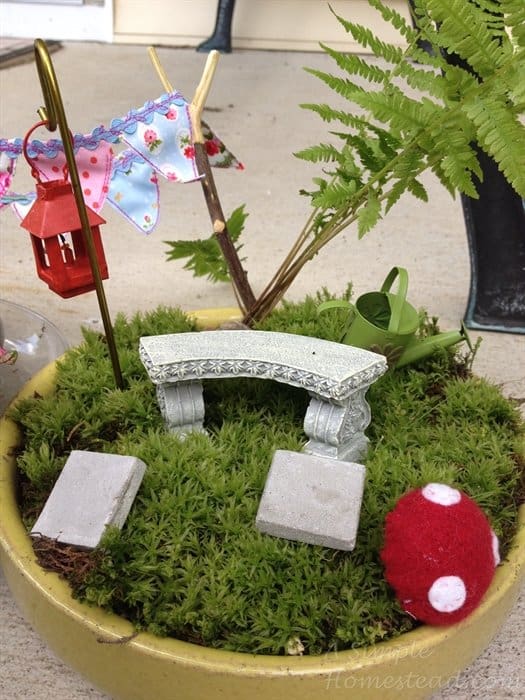 Some of our purchases included the lovely concrete bench seat for tired fairies, a watering can so they can keep the flowers looking nice and a lantern to guide them to the garden. Papa made us a shepherd’s hook out of an old coat hanger. 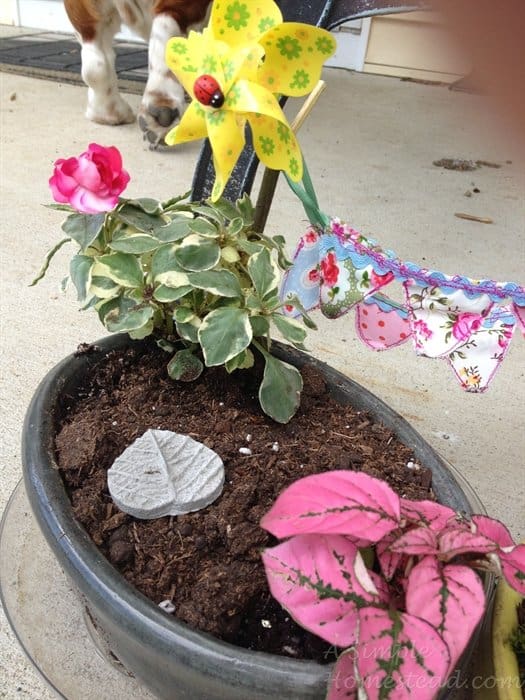 From our fairy package we included one of the felted mushroom caps, the bunting and a pinwheel. And then we started to run out of room so I left the rest in the box. We picked up a couple of small plants to add to the one planter and “stole” a fern from out back for the other. The latter didn’t survive the transplant. But the moss that we dug up from the same section still looks nice. 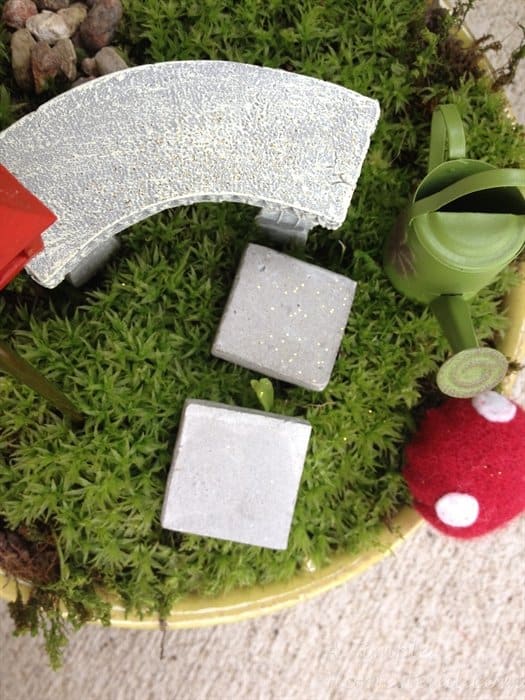 The very next morning, we awoke to discover the fairies had visited! There was fairy dust on the stepping stones. Sadly, it rained most of that day so they didn’t return … but apparently they like our garden :-).

One Reply to “Fairy garden update”