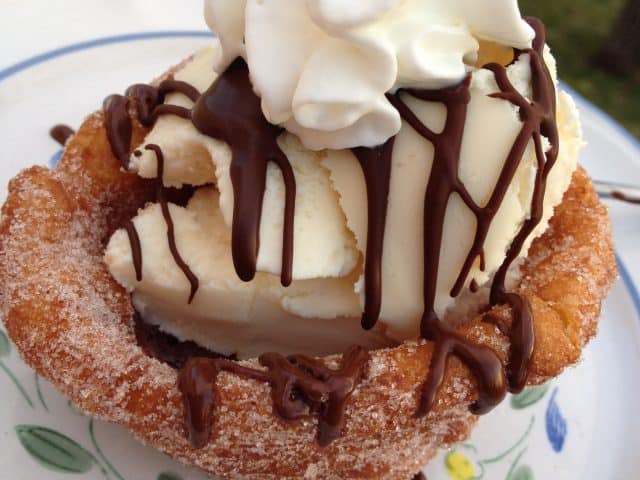 This week you get a 2-fer in the recipe department. Because on the same day that we spotted the video for the salt-encrusted beef tenderloin, we saw another one for Churro Ice Cream Bowls. 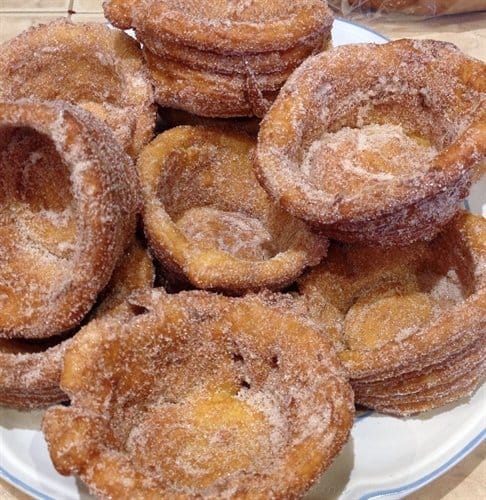 I have to confess, I don’t believe I have ever had a real churro in my life. But something that looks like doughnut dough, deep fried and coated with cinnamon sugar?! I’m all in!

Now in all reality, I drooled over this recipe and was ready to mentally filed it into the “someday” category, never to be seen again. However, there is Papa. Did I mention how spoiled I am in having him as a husband? He immediately said to print out the recipe and set out to work on making them. This was before the fast trip to the store for the tenderloin.

It amazes me that he was willing to try two new recipes in one night (well, the tenderloin pictures were awfully tempting), because this recipe was a bit on the fussy side. It’s one of those recipes that the first time around seems to take a while, but you know that if you were to make them again, you’d be more organized and it wouldn’t be as tedious. 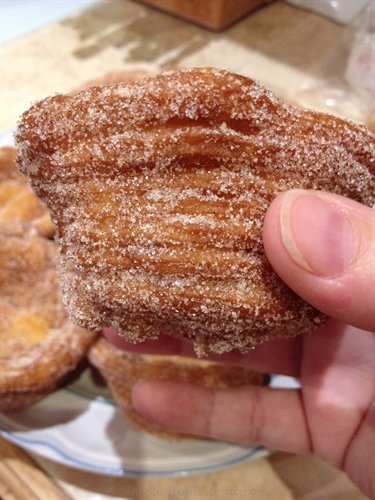 For this one, I would recommend viewing the video as it will help you be prepared in all the steps:

Written out like that it doesn’t sound too bad actually. Papa’s biggest struggle was that his hand was cramping while trying to pipe out the dough so we switched off. This may have been caused by a too-small piping tube. Another reason I think the tube might have been too small: we ended up with 10 churro bowls instead of the 8 the recipe indicated.

The great thing is, the cups don’t have to be perfect. Ours certainly weren’t. But it doesn’t matter because 1) frying seemed to puff up the dough a little to fill in holes along the side and 2) for us, the ice cream didn’t have time to melt before the dessert was gone :-). 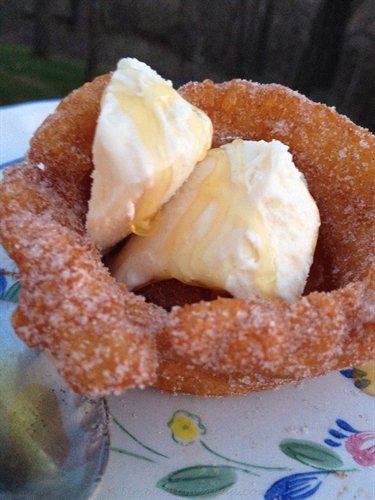 We first tried them with chocolate sauce and some whipped cream we just happened to have in the house. While eating however, I was reminded of Mexican fried ice cream so I wanted to try and see if honey would be a better topping than chocolate. I found it delicious and actually preferable over the chocolate; and that’s saying something for this chocolate-loving fanatic.

Wait, did I actually eat two of these in one night? Yes. Yes, I did. 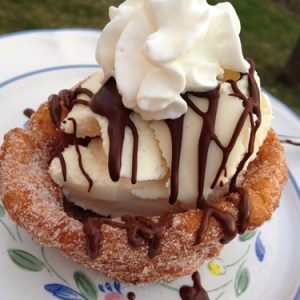